These days there are loads of self-proclaimed ‘social media gurus’ and ‘social media marketing influencers‘ who are available for a ‘dime a dozen’ as the saying goes.

These so-called social influencers lure you into sponsoring them to ‘promote’ your products and services to their followers, promising you a good return on investment (ROI).

You fall for their smooth talk and pay them. Over the next couple of days or weeks (depending on your agreement), they publish loads of tweets or blog posts across various social media accounts, repeating the identical posts multiple times on their timelines using multiple automated tools. Some even go as far as sharing your discount code on their social channels.

They fool you into thinking that by blasting social media post after post about your brand, they are helping to promote it. What happens? Nothing.

Your money is gone, and nothing tangible to show for your influencer marketing efforts apart from a bunch of tweets that received little to no engagement. Did you get any leads, inquiries, online reviews or sales that you can attribute to the so-called promotion?

So what went wrong with your influencer program, and how can you avoid being scammed by so-called social media influencers? Here’s what you need to know:

What Is Influencer Marketing, and How It Works? 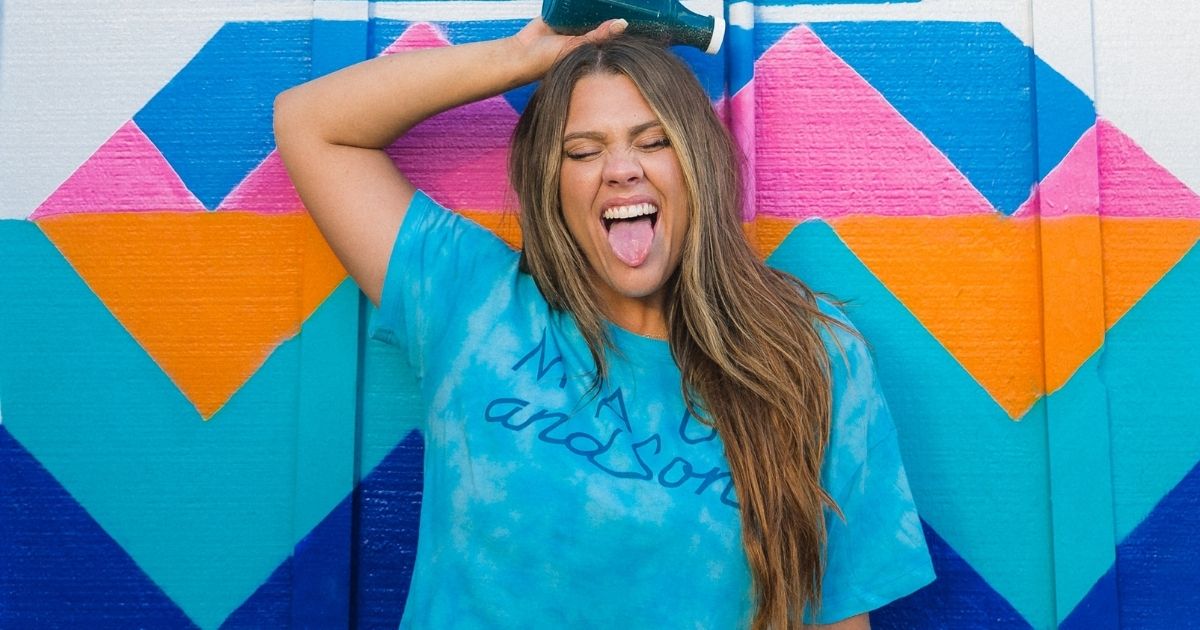 According to this definition, influencer marketing is social media marketing involving endorsements and product placement from influencers, people, and organizations who have a purported expert level of knowledge or social influence in their field.

The primary foundation of influencer marketing is endorsements and product mentions from target influencers, which work as social media marketing. Click To Tweet

The primary foundation of influencer marketing is endorsements and product mentions from target influencers, which work as social media marketing. In this model, brands market their products or services through collaboration with online content creators or influencers. They advocate and engage with your brand’s message.

When brands leverage well-known figures who influence their target markets to promote their brands, they engage in influencer marketing. This form of marketing focuses on using key people in your target audience to drive your brand’s message to a larger market. 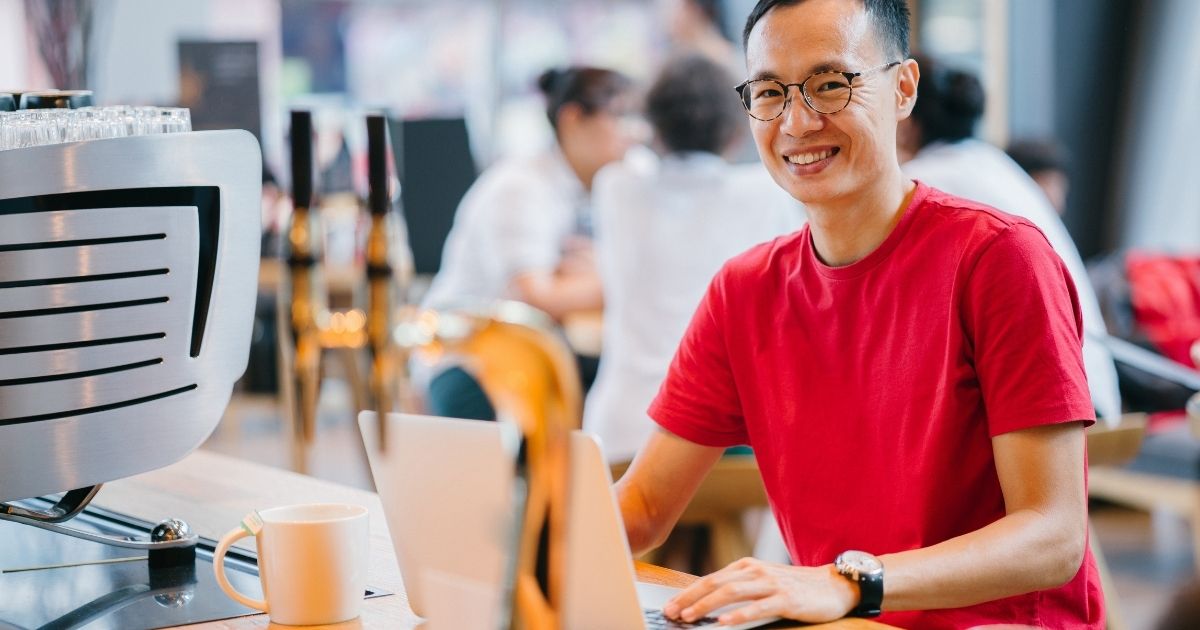 There is nothing new about marketing through influencers. A product endorsement by a celebrity has been a long-standing practice for brands with large budgets. As consumers, attention is shifting from traditional marketing and increasingly looking to social media. In other emerging digital marketing forms, a new type of marketing through online influencers has appeared. The influencer marketing industry has grown substantially in recent years.

According to Statista, influencer marketing is on the rise, which is made apparent by the recently released figures showing that the value of this specific market more than doubled between 2019 and 2021, growing from 6.5 billion to 13.8 billion U.S. dollars in the three years alone. 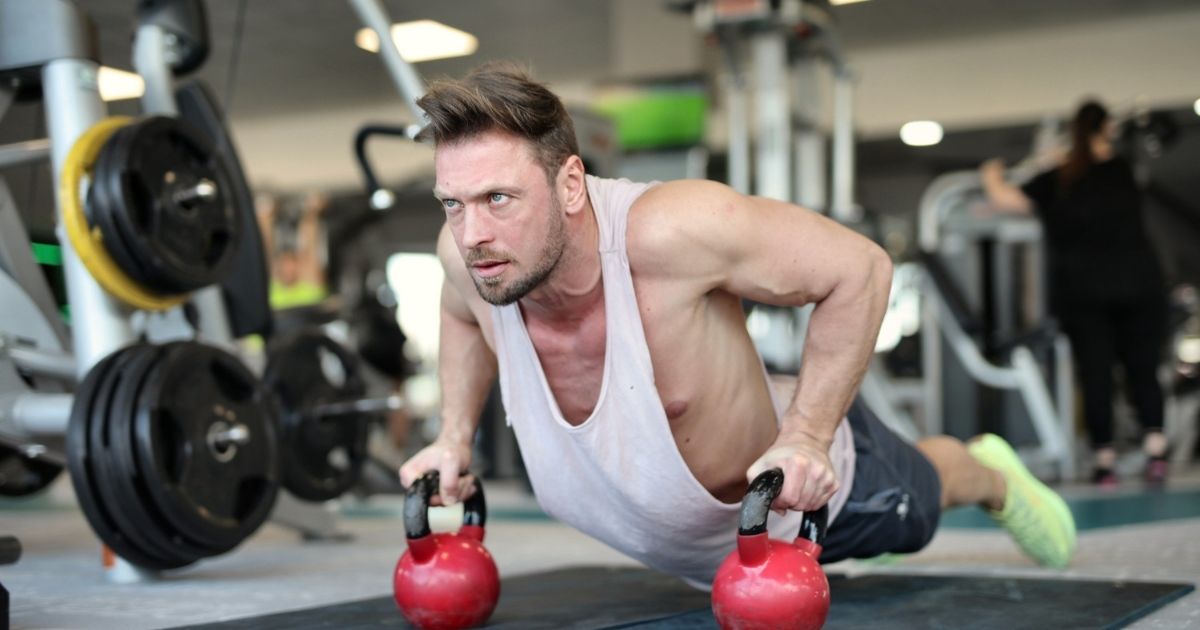 Advertising involves bringing a product or service to a vast audience’s attention, whereas marketing requires research and data that influence someone to purchase a product. Our consumption of content is constantly changing, especially in the digital age. Despite these changes, our need for social connection is constant.

Because of this very reason, influencer marketing has proven to be far more effective than advertising. Content from someone with whom we have actively chosen to connect is much more likely to engage us. When an influencer talks about a brand or product, they have already primed us to pay attention by following them because we enjoy what they have to say. We might even argue that they influence our opinions, either positively or negatively.

Mega - influencers are actors, artists, athletes and social media stars with over one million followers and drive 2% - 5% engagement per post on their social media channels. Click To Tweet

Advertising is disruptive. But consumers following most influencers are typically more interested in their content since they have already followed the influencer.

The advertising industry must comply with strict guidelines given by the authorities. Although influencers must disclose all paid for collaborations and gifts, they still are more persuasive.

Compared to advertising, influencer marketing proves more effective and more targeted, depending on the type of influencer. Influencers help retailers reach potential customers and make a positive impact on their decisions.

What Type of People Are Influencers?

Influencers are usually celebrities, influential people and attractive models trying to inspire their audience with fitness products, healthy eating, and positive messages. Influencers can reach particular audiences. You can get a targeted audience with a few influencers instead of relying on thousands of fans. They will read and engage with your content on a more regular basis.

Genuine influencers and industry experts are swamped with senseless offers, advertising, and spam. People are asking them to share, for help, to advise. So they ignore most of the messages they receive without even reading them.

These people have learned how to communicate with their relevant audiences effectively, and they can do so seamlessly and without sounding too ‘salesy’. One of the main reasons consumers trust influencers is that they can relate to these individuals personally—those who know them like them. In a nutshell, it comes down to making friends and attaining status and forming partnerships with brands and people for the long run.

Before you work with relevant influencers, you’ll want to take the time to understand the landscape. Know the different types of influencers.

By partnering with influencers, especially those who have loyal followings of hundreds of thousands of people, you can reach more people than if you promote directly from your website.

According to this article, a group monitored 10,000 popular social media influencers and revealed that 25% of influencers bought fake followers, aka bots. Click To Tweet

In the world of influence marketing, we can break the types of influencers into three categories:

Mega – influencers are actors, artists, athletes and social media stars with over one million followers and drive 2% — 5% engagement per post on their social media channels. These are the Cristiano Ronaldo’s and Kim Kardashian’s of Instagram. These popular influencers have the highest reach on the influencer spectrum, with their influence driven by their celebrity (they are branded in their own right). They have the lowest overall resonance with influencing actions on behalf of a brand.

With over a million followers, mega-influencers are highly visible on social media because of their status as celebrities. Social media is a critical component of their marketing strategy, where their audience spends a lot of time and generates a lot of engagement. This makes them attractive to brands that want to leverage influencer marketing—and what makes them incredibly expensive.

Macro-influencers are one step down from mega-influencers. They are maybe more accessible as influencer marketers than traditional celebrities. A macro-influencer is someone with between 10,000 and one million followers on a social network.

These are corporate executives, bloggers, and journalists. They drive 5% — 25% engagement per post, and they have the highest topical relevance and category-specific influences – such as lifestyle, fashion, or business.

This group tends to consist of two types of people. They are B-grade celebrities who haven’t yet made it to the big time. Or they are successful online experts who have built up more significant followings than the typical micro-influencers. The latter type of macro-influencer is likely to be more beneficial for firms engaging in influencer marketing.

I urge you to avoid an influencer marketing campaign with so-called social media influencers and fake followers with no tangible results. Click To Tweet

Everyday consumers or employees with 500–10,000 followers drive 25% — 50% engagement per regular post. From the spectrum of influencers, they have the highest brand relevance and resonance, generating influence based on their personal experiences with brands and their relationship with their networks.

Influencers come in all shapes and sizes, and the likelihood is that you can find one (or more) who is a perfect match for your brand or product.

Brands must remember that many of the world’s population use social media. These social media users rely on influencers to help them decide what to buy and what trends to follow. So you can take advantage of it to reach a wider audience.

Influencers engage with their followers and form genuine relationships with them, and their word on a product or service is trustworthy. So getting an influencer on board can affect how consumers perceive your brand.

Although they must disclose gifted or paid content, influencers have gained trust and authenticity and are more discreet with product placement. Through polls and constant communication, influencers can gain a deeper understanding of their audience. As a result, their followers don’t feel they are being sold to. They also feel connected with and valued by that influencer, which increases the likelihood of buying a product based on their recommendation.

Although advertisements must adhere to strict guidelines given by the authorities, influencers still carry more persuasive power than adverts because all paid for or gifted collaborations must be declared.

It would be best if you had the services of a professional social media marketing consultant who can help you identify and collaborate with genuine influencers. Click To Tweet

How Brands Can Avoid Being Scammed by Social Media Influencers

We’ve talked a lot about micro-influencers, but there are also macro-influencers and celebrities. You’ll want to avoid stars, as their following is so big that their engagement rate is meagre, but their rates are often relatively high.

According to this article, a group monitored 10,000 popular social media influencers and revealed that 25% of influencers bought fake followers, aka bots. Fake followers account for over 40% of comments on sponsored posts by influencers.

So, how can you combat fraud when working with social media influencers?

It is vital to research influencers’ social engagement levels on social media platforms so you can confirm whether they are engaging in fraudulent activity. It would be best if you steered clear of social influencers with many followers but poor engagement.

Always check the background of influencers before partnering with them and possibly losing money. You can do so by reviewing influencers’ portfolios, studying their demographics, and examining their posts on Instagram and other social media sites.

Ensure their Instagram posts have a high engagement rate. Influencers with large followings can sometimes reach that point by buying Instagram followers. These bought followers are fake, which means they will not engage with the campaign or purchase your product. A paid account may also leave non-related comments.

What Is an Influencer Marketing Strategy?

Someone who has spent time and effort building their following won’t accept deals that will affect their image. After all, social influencers are content creation experts. You’ll get the best value from their work on your influencer marketing campaigns by allowing them to showcase those skills.

While some influencers are still creating and promoting sponsored content, other potential influencers have taken to promoting their Patreons, Venmo, or Paypal accounts as a way for their fans to pay them directly into their bank accounts.

What Is a Social Media Marketing Strategy?

A social media strategy outlines everything you plan to do and hope to accomplish on social media. It controls your actions and lets you know whether you’re winning or losing. Note the following when crafting your strategy.

I urge you to avoid an influencer marketing campaign with so-called social media influencers and fake followers with no tangible results.

Have you had any experience with so-called social media marketing influencers? Ping me on Twitter with your comments. 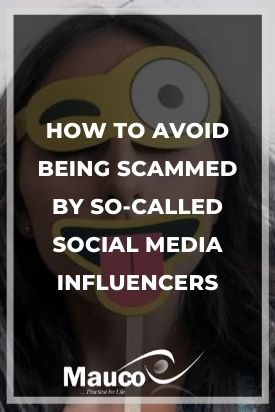 Ademola Abimbola is the founder of Mauco Enterprises. He is a digital marketer with two decades of experience. He provides site audits, phone consultations, digital marketing and social media marketing help. Follow him on LinkedIn and Twitter.